Sherwood should end the humiliation and walk out on Spurs now! 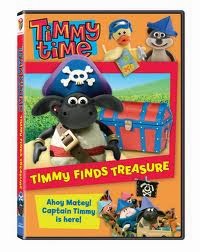 Poor Timmy. It seems as if the briefing against him has started already. The red tops are running stories today about Van Gaal joining after the World Cup, and there are suggestions that Levy is unhappy with Sherwood's "abrasive" style and his team selection.

None of this is a surprise, of course. Timmy and a few blinkered Spurs fans seem to be the only ones who can't see what is going on. With Spurs on the shoulder of Liverpool as we enter the final lap of the season, it was nothing short of incredible that Tottenham banked rather than spent money in the transfer window, with the decision not to replace Defoe bordering on the criminally incompetent.

Yes Adebayor is playing well at the moment, but how long will that last? The guy is moody and prone to idling when things go against him. Thus far, he has responded well to lippy Timmy, but that's because he was rotting in the stiffs until AVB was shown the door. But sooner or later, Sherwood will say something that Emmanuel does not like, and then all the commitment currently in his play will evaporate.

And meanwhile, asides from the penalty spot, Soldado looks as deadly in front of goal as Carlton Cole!

As I blogged yesterday, this is not a squad capable of challenging for a top four finish and campaigning in the Your Ropey League - and Levy knows that. So the only explanation for Tottenham's inactivity in the window is that Sherwood is a caretaker with no access to the bank vault.

And the articles this morning confirm that. How else can you explain Van Gaal's comments when pressed on the matter of Tottenham? He as good as confirms that he is on his way when he says:

"Am I still in contact with Spurs? There will come a moment that I can talk about that. Look at my CV. I have won a trophy every season during my club career. I am a winner and craving a trophy. This is why I am sick of being a national coach. I only see the players eight times a year. I am not enjoying the job of national coach at all. After the World Cup I want to coach a big club again and win trophies. Otherwise I will retire."

Now his arrival will probably be very good news for Spurs fans, but where does this leave Timmy? Capoue has already slated him in the French media and claimed that the "English" don't understand European players. This should have triggered the Frenchman's exit in the January window - £8.5m was on offer - but Van Gaal probably rates him and has his own shortlist of players to be brought in this summer - including his preferred strikers.

So Timmy Time is ticking down and the poor sod is just minding the baby until Levy demotes him or shows him the door. What hope has the poor sod got if things start to go badly? The players will know what's going on. Bloody hell, you wouldn't put it past Levy to have a word with Capoue and say, "Just hang on in their son, Van Gaal rates you even though this clown doesn't".

It is all so undignified and if Timmy has any pride he should storm into Levy's office and tell him where to shove the caretaker's mop and broom!
Posted by Hammersfan at 08:51